Jaxon and His Caregivers

This December marks one year since Jaxon was diagnosed with osteosarcoma, a type of bone cancer found in the long bones of your arms and legs. Since then, he’s undergone knee replacement and a couple of lung surgeries, along with months of chemotherapy treatments. Read more of Jaxon's story.

For the last year, he’s been cared for and looked after by dozens of team members at the Pauline Allen Gill Center for Cancer and Blood Disorders at Children’s Health.

We tracked down 18 team members who played a role in Jaxon’s care. Their faces represent the web of support that surrounds one oncology patient’s journey at Children’s Health.

The doctors, who broke the news of the diagnosis to his family and monitored his treatment.

The surgeon, who removed two-thirds of his femur and rebuilt his leg with a custom-designed knee replacement.

The nurses, who checked his vitals and gave him hope in their own cancer survival stories. The housekeepers, who cleaned his room and distracted his mom by talking about the weather.

And the security officer, who kept them safe, as much in our world and their world was changing.

“From the very beginning, I knew this is where we were supposed to be,” Jaxon’s mom, Shay, said. “From day one, we have received the best care.” 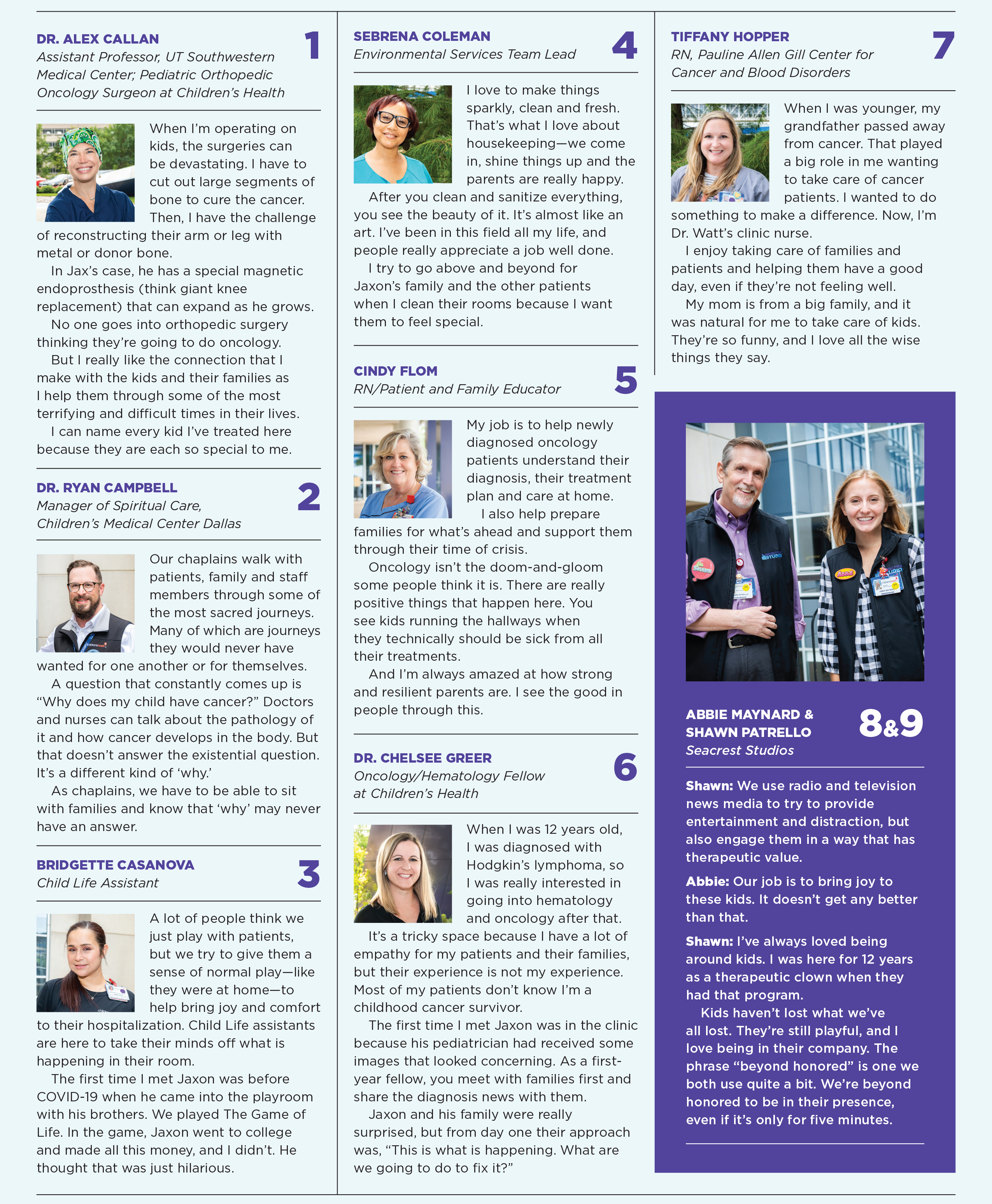 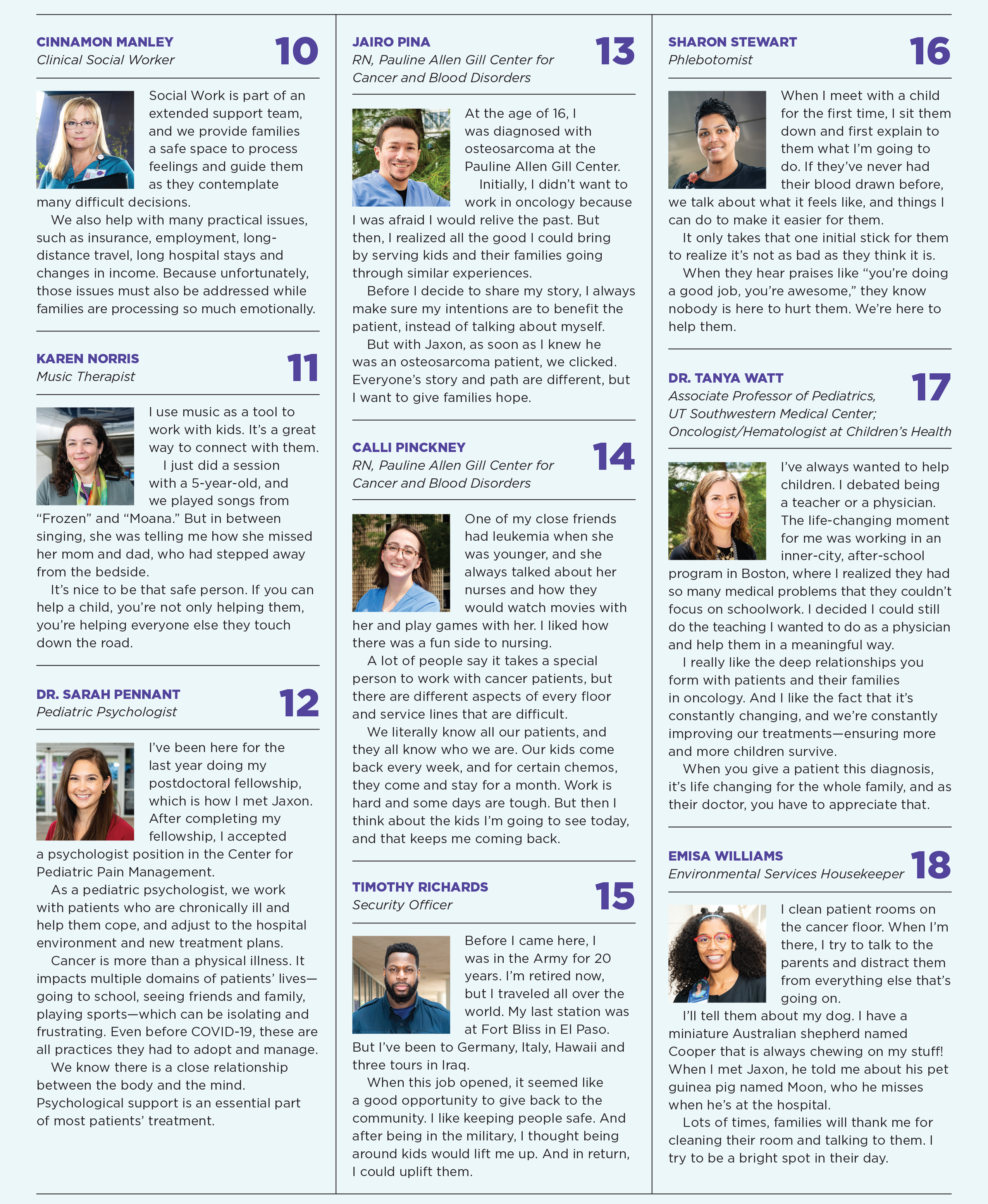 When you give to Children's Health, you're not only supporting our patients, but also the web of team members that surround them, care for them, play with them and keep them safe and fed. Make a gift today to support our caregivers as they dedicate their days to making life better for children like Jaxon.