Davi was two days old the first time her mom, Staci Reznik, held her in the cardiovascular intensive care unit at Children’s Health. 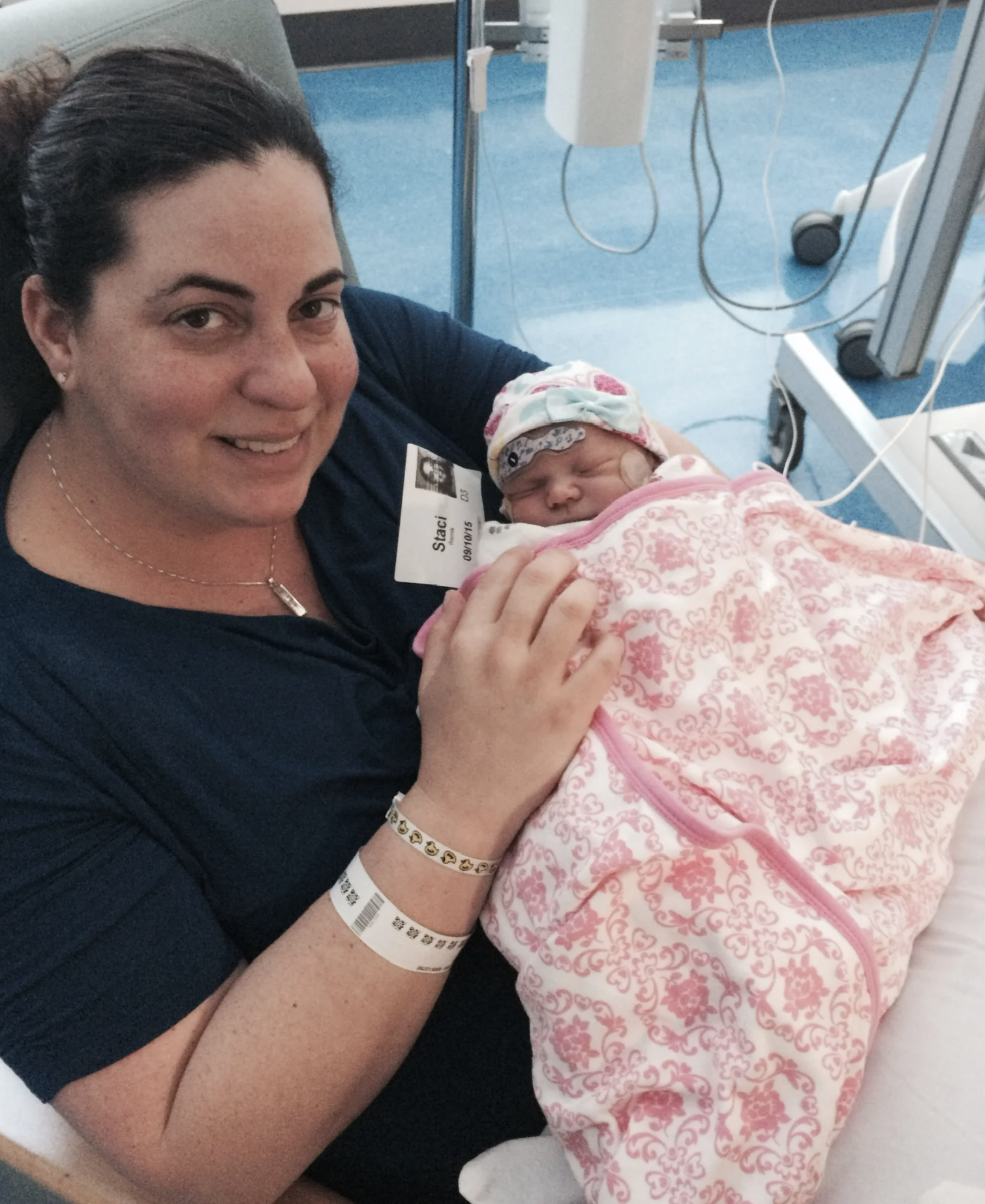 She cradled Davi -- wrapped in a pink blanket with a beanie covering wisps of dark brown hair -- amid beeping devices that monitored her baby girl, who was born with a complex congenital heart defect in September 2015.

The hums of various machines were a familiar song to Staci and her husband, Scott Reznik, M.D.

The couple built their careers in hospitals – Staci on the facilities side and Dr. Reznik as a cardiothoracic surgeon at UT Southwestern.

For them, the hospital was a place where they worked to make life better. It wasn’t a scary place.

But sitting in that room, holding her 2-day-old baby girl under fluorescent lights, Staci was worried for the first time.

“We always came to the hospital to help others, and now we were there as patients. It is a very different experience,” she said.

Davi stood centerstage against a greenscreen in a studio space at Children’s Health, swaying back and forth in a floor-length blue satin dress that revealed a red scar down the center of her chest. 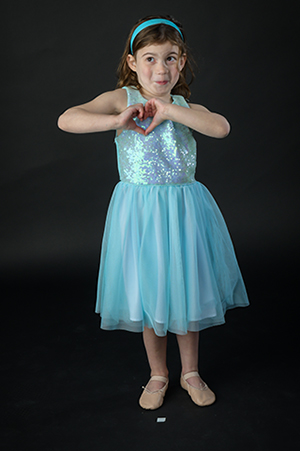 “I just want to thank the doctors and nurses for taking care of me and getting well,” Davi said to the camera in Seacrest Studios – an interactive space highlighting radio and television inside Children’s Medical Center Dallas.

Now 6 years old, Davi has had four open heart surgeries, one bowel surgery and more than 20 other procedures at Children’s Health.

She had her first surgery at three months old and spent more than 100 nights in the hospital during her first year of life.

And through it all, Davi hasn’t stopped singing and dancing.

She loves to perform, sometimes belting chords to Broadway musicals like Hamilton and Wicked into a plastic microphone from her hospital bed, as a music therapist sat next to her playing along with the ukulele.

For Davi, music was an escape outside the hospital’s walls.

As a baby, nurses coaxed big belly laughs and gummy smiles when they sang to her.

Later, she performed musical numbers broadcast to fellow patients’ rooms in Seacrest Studios. Cords from her IV pole dangled by her side, as she smiled into the camera wearing a tiara and green satin gloves.

And then there was the rap musical performance in the blue satin dress.

“What song are you going to sing for us today?” the studio manager asked Davi.

“I’m going to sing Hamilton,” said Davi as she swooshed her dress back and forth and swung to “The Schuyler Sisters” song.

“Opportunities like this give Davi something to look forward to during her time in the hospital,” Staci said. “The doctors are wonderful, but I think the world of the Child Life specialists, the nurses and pet therapy dogs. They all play a vital role in Davi’s recovery and her mental health.”

Not even a year old, Davi met her first therapy dog – a fluffy, white-haired goldendoodle named Badger – after her second open heart surgery. 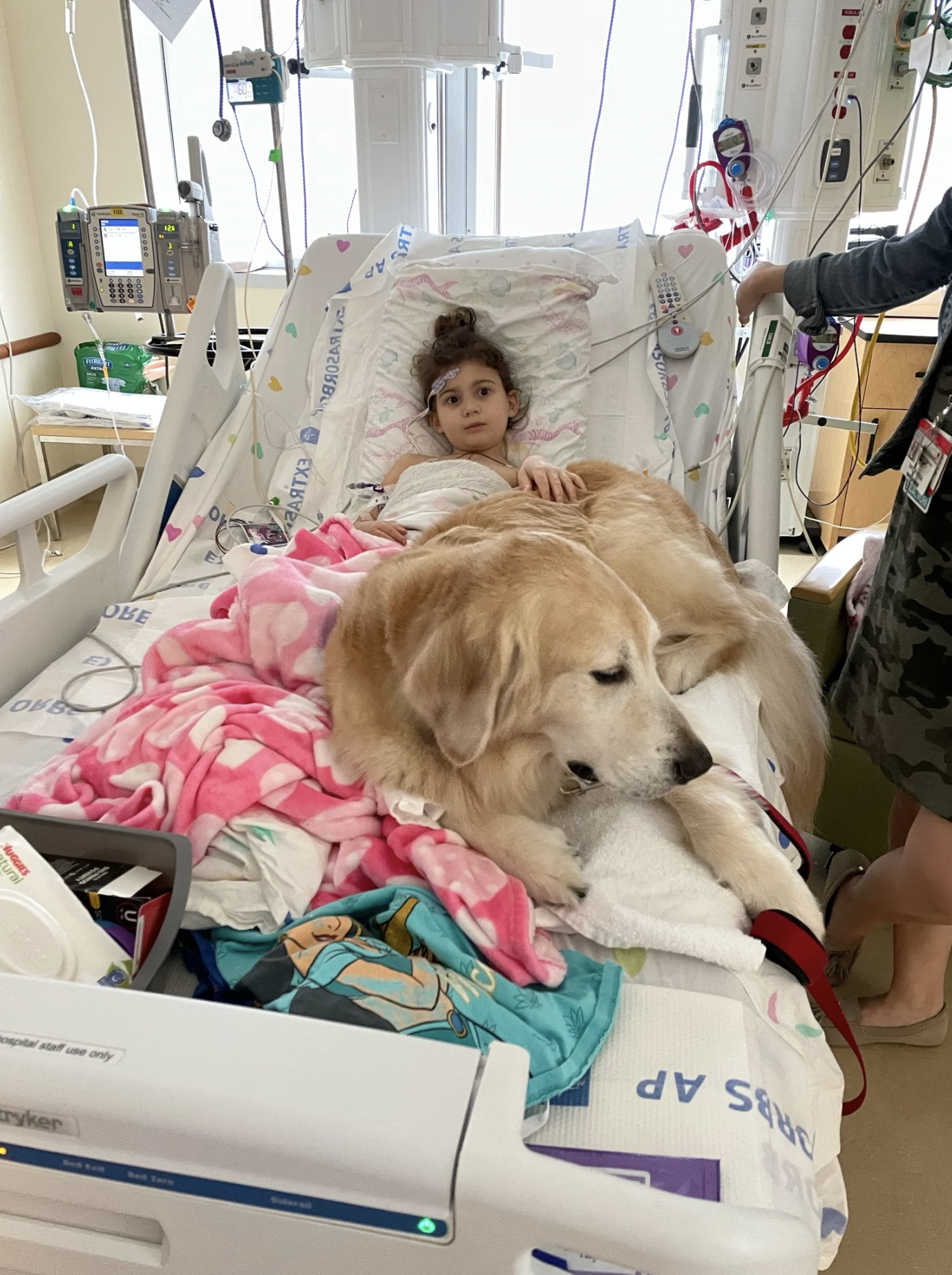 Laying in her hospital bed, she stroked one of his floppy ears and smiled.

“Oh my gosh, that made her day,” Staci said over an old video recording of the moment.

Child Life specialists taught Davi to breathe and focus on distractions such as toys or YouTube videos during pokes.

Nurses braided Davi’s hair at her bedside. They decorated her hospital room during long-term stays.

“You don’t learn that in nursing school. You learn that by being a good human being,” Staci said.

And when Davi grows up, she wants to be a Child Life specialist just like them.

“I love Children’s Health because they take care of me,” Davi said. 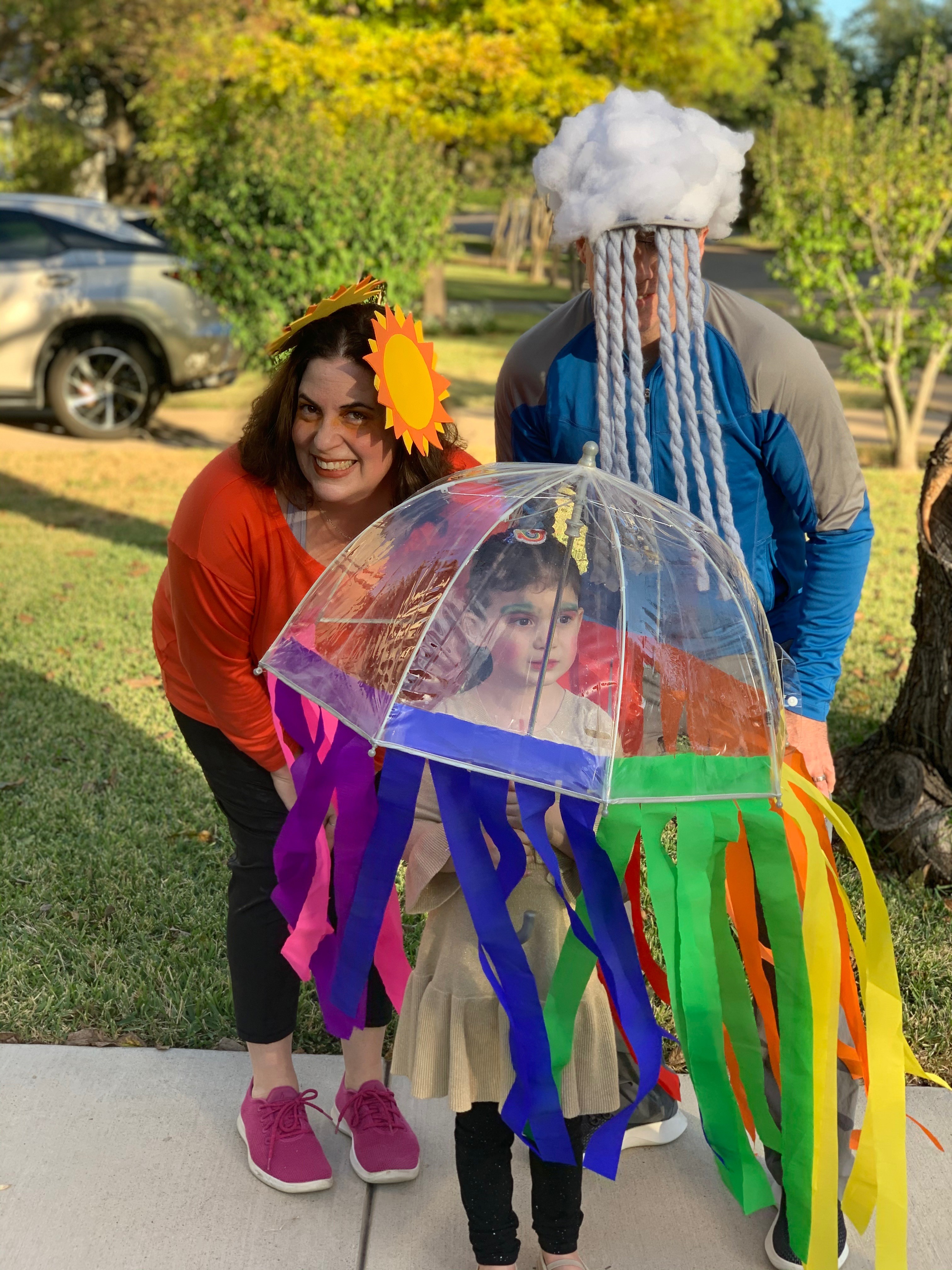 Davi doesn’t reserve her costumes for Halloween. (It’s not uncommon for her to sport a sparkly Ariel mermaid costume at the dinner table.) But the season is a highlight of the year for her and a time to be extra creative.

“Halloween is the biggest holiday in this house,” Staci said. “It’s a season of pure joy and kids being kids. Plus, who doesn’t like candy?”

Staci often makes Davi’s Halloween costumes. A couple years ago, while trying to allow her daughter to safely trick-or-treat during COVID-19, she dressed up Davi as a rainbow and hung colorful streamers from a clear umbrella. She and Scott stood behind Davi as the sun and a raincloud. 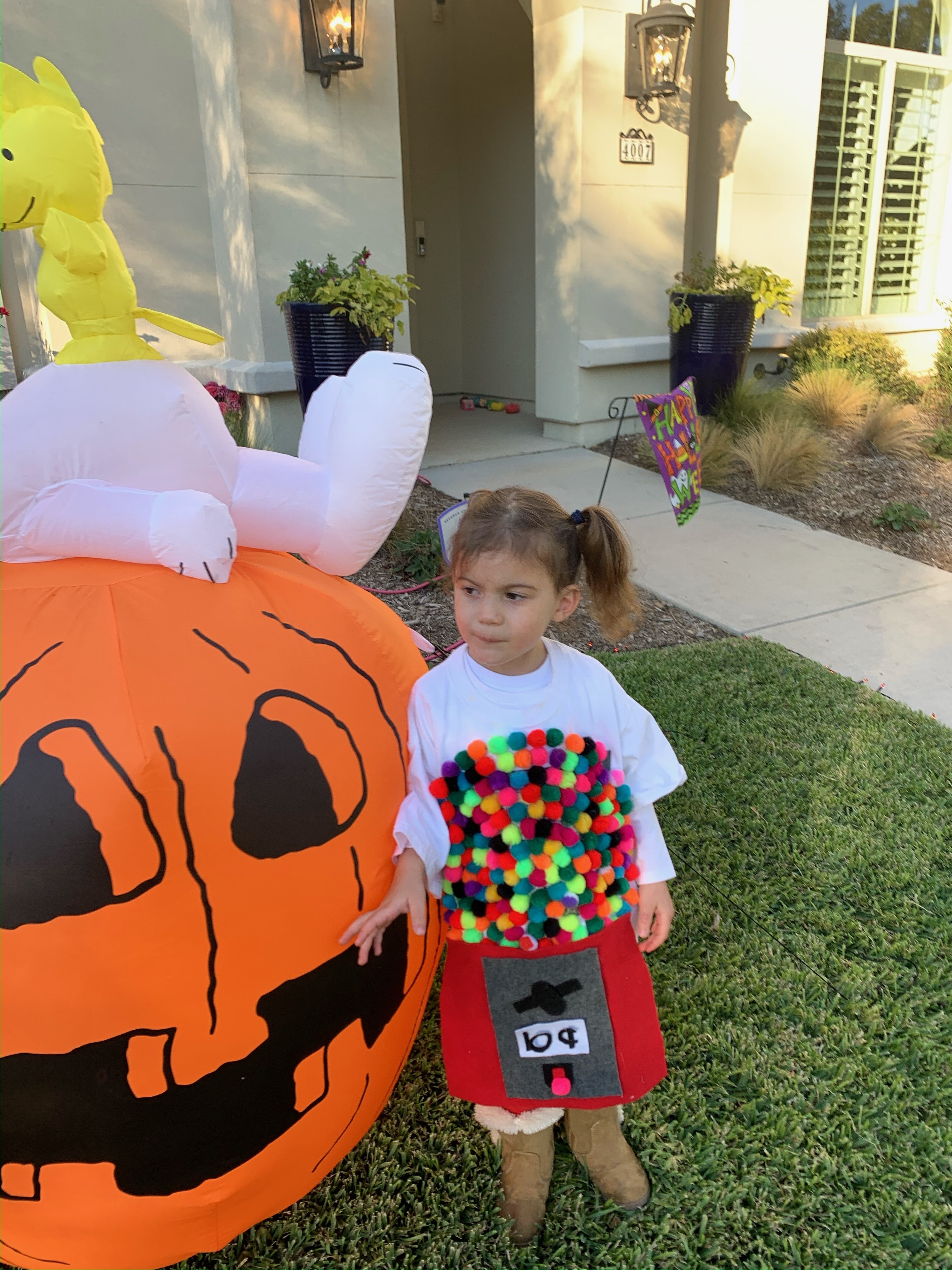 Another year, Davi was a gumball machine and passed out gumballs along her trick-or-treat route. And before that, she was a pink-iced, sprinkled donut.

Last year, Davi was Elphaba from the musical Wicked, and Staci decorated her house like Oz -- complete with a yellow brick road to the front door.

“I like Halloween because it’s fun, and you get to get candy and dress up,” Davi said. “And you also get to eat treats, see spiderwebs and witches.”

Davi is still solidifying her plans for Halloween this year, but she’s considering dressing up as Hermione Granger from the book series Harry Potter, which her dad reads to her before bed, and handing out her favorite candy -- Smarties.

“The candy makes you smart like Hermione!” she said.