Afternoon sunlight poured through the windows of their eighth-floor room, illuminating a “SHINE BRIGHT” banner in multi-colored block letters.

Underneath the window, a fleece blanket covered a green upholstered couch as a makeshift slipcover, and a rainbow bedspread draped over Elsa-studded “Frozen” sheets.

Sitting in a high chair in her hospital room at Children’s Medical Center Dallas, Zena was halfway through a chocolate chip cookie, gripping the sweet with two glittery-polished hands. She ran her tongue across her lip, trying to reach the melted chocolate smeared above her mouth. 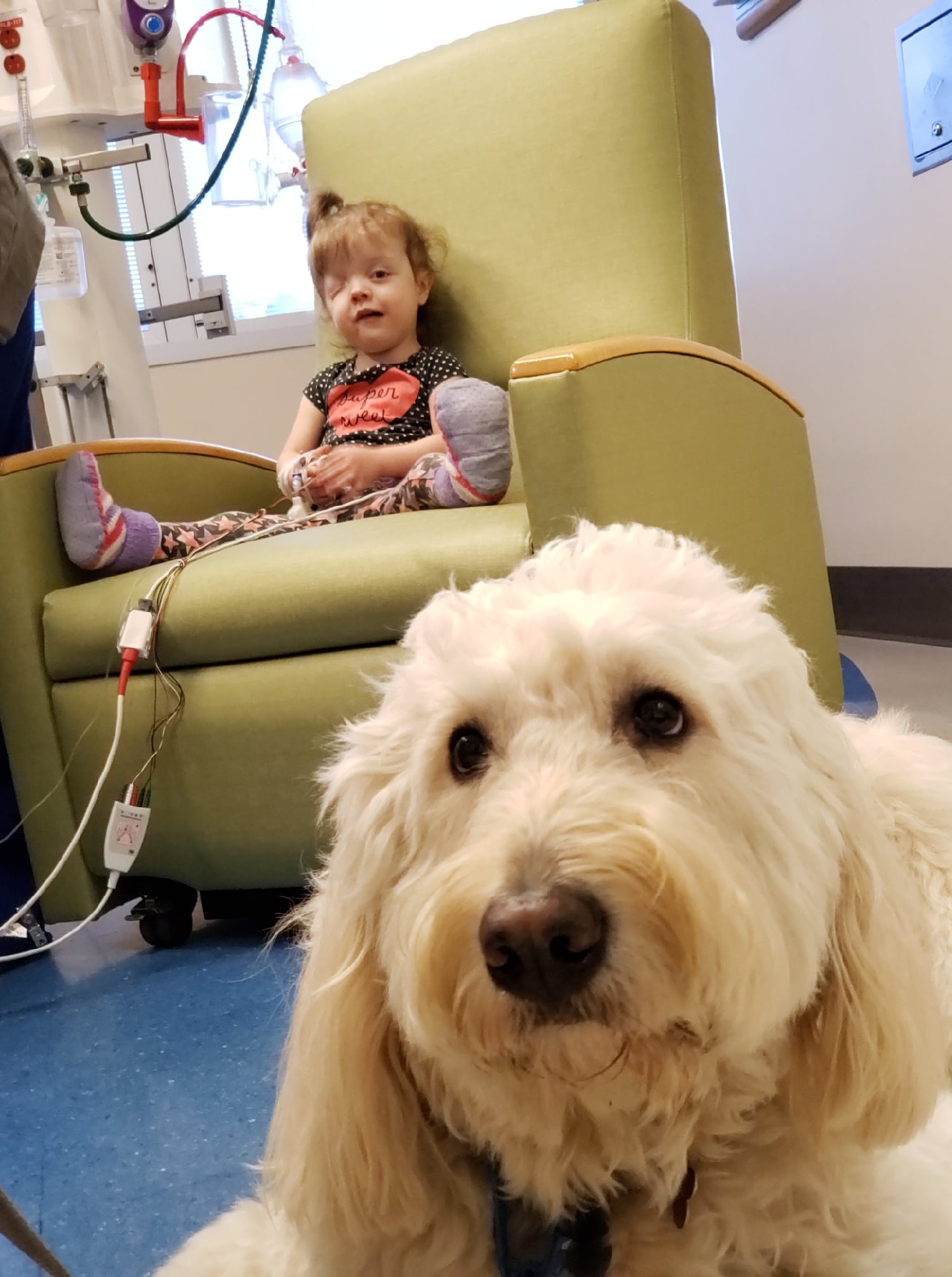 For six months, this Children’s Health℠ hospital room adorned with cutouts of butterflies, hearts and unicorns has been a temporary home for Zena and Kenda. The room that overlooked the downtown Dallas skyline is where mom and daughter fell asleep at night. It’s where Kenda potty-trained Zena and where Children’s Health therapy dogs visited and climbed in her bed. It’s where Zena brushed watercolor paint on paper and squished Play-Doh between her hands.

And this room, with its fluorescent lighting, is where Kenda and Zena waited on a heart.

A blue-eyed toddler who loves to talk, dance and sing, Zena is the youngest of Kenda’s six living children and her heart is failing.

Born with hypoplastic left heart syndrome – a birth defect that affects normal blood flow through the heart -- Zena has been in and out of the hospital for about half her life.

She also was born blind in her right eye and deaf in her right ear. Kenda said doctors could not find a connection between her hearing and sight loss and her heart condition. 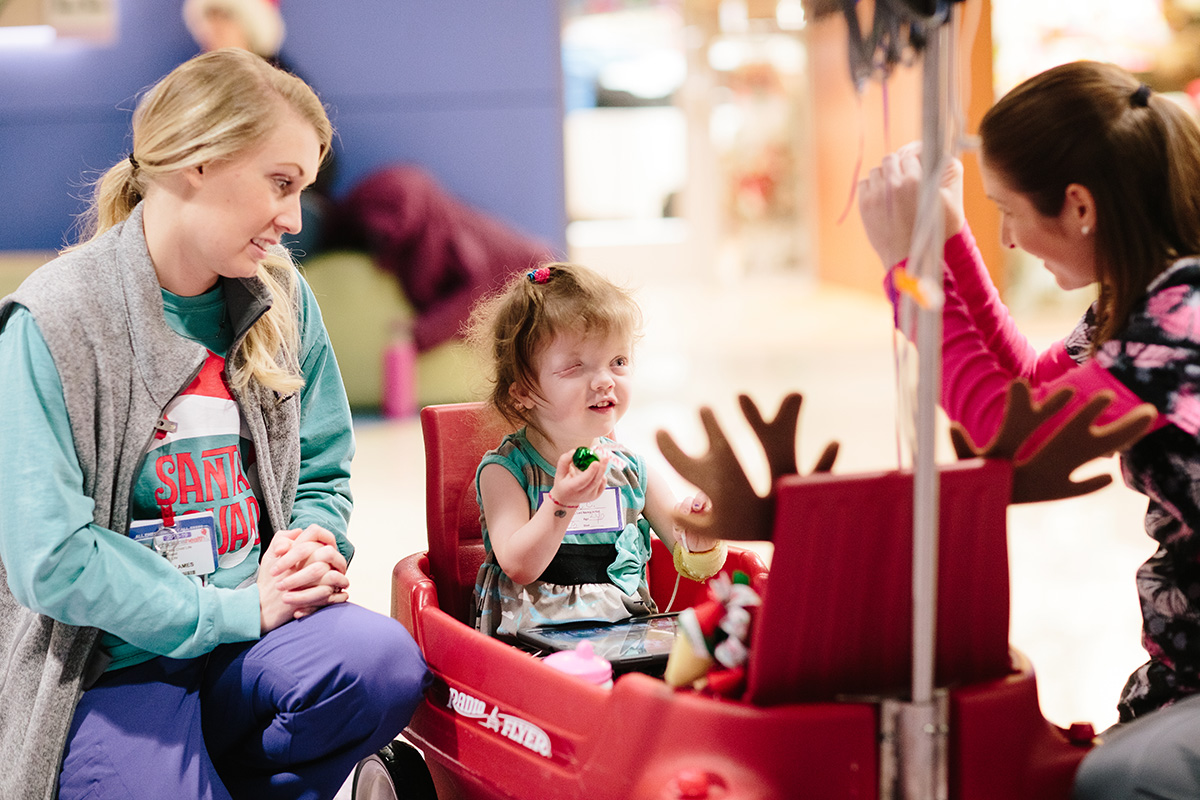 Clinicians at Children’s Health have cared for Zena since she was born, when she had her first six-month stay at Children’s Medical Center Dallas.

“This is where my family is. It’s where our people are,” Kenda said. “I believe she’s getting the best care here in this moment than she could have anywhere else.”

Zena was admitted to the hospital again late last year after Kenda noticed her lips would turn blue and she was easily worn out when playing with her 6-year-old brother.

She brought Zena to Children’s Health, hoping the cause was a virus. Instead, doctors told Kenda that Zena would need a heart transplant.

Kenda and her husband knew this was a possibility down the road. Maybe when Zena was in her 20s, they thought. They weren’t prepared for her to need a new heart at 2 years old. 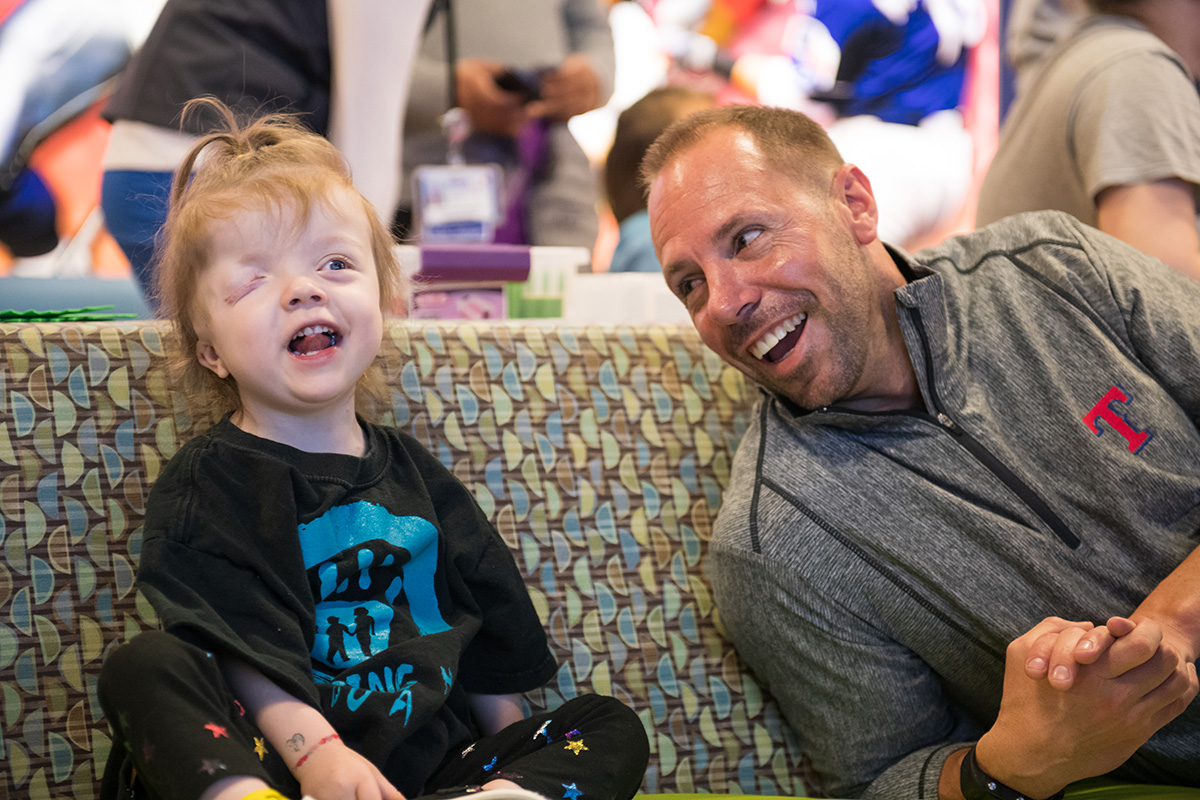 She sympathizes with the situation because she has been on the other side. Zena’s older sister, Zala, died from Batten Disease, a rare group of fatal nervous system disorders, when she was 9 years old, and Kenda donated her organs to be used for research.

There’s no timeline for when a new heart may arrive. But the wait could be longer because Zena is only open to about 5 percent of the population for a heart transplant.

Dozens of surgical procedures and a few blood transfusions to correct various issues, including craniofacial surgery, poured a high number of antibodies into Zena’s blood stream that limit the number of donor hearts she can accept.

“We don’t know when. We don’t know how,” Kenda said of a donor heart. “We just wait and know that the day is going to come eventually. And we hope that she’s as stable then as she is now.”

Clinicians at Children’s Health put Zena through a desensitization treatment in hope of wiping out some of the antibodies and opening her up to more donors.

But a couple weeks later, the antibodies returned.

In late May, Zena was discharged from the hospital, and the family filed for an exception to continue waiting for a new heart at home and remain at the top of the priority list. But if the request is denied, Kenda and Zena will move back to the hospital.

The call for a new heart is a waiting game. And Kenda isn’t great at waiting when her daughter’s life on the line.

But the waiting, at least, is different at home. More unpredictable. More chaotic with five kids under one roof.

But at home, Zena naps on the couch next to her 6-year-old brother -- an infusion pump zipped in a backpack by her side. In the family’s backyard, she pretends to be a mommy and care for her siblings. Other times, she walks on all fours and “woofs” like a dog.

“At the hospital, you’re isolated on that campus,” Kenda said. “We can go outside and get as much fresh air as we can possibly get in that cute little courtyard – and we did every day – but we’re still isolated. The days there are longer. One day at the hospital could be a week at home.”

In the spring, Kenda and her husband bought an old yellow school bus that used to shuttle kids back and forth in Tennessee and began ripping out the seats and floors to convert it into a tiny house.

Once Zena receives her heart transplant, the plan is to temporarily live in the bus while touring the United States and exploring national parks.

“I want Zena to experience the world outside of the hospital,” Kenda said. “The bus is a slow-moving project, but we have time right now. We’re waiting on a heart.”