UPDATE: ZaZa’s signature gold boxing gloves are tucked on a top shelf in her closet, alongside her radiation mask and encouraging notes from her Children’s Health care team.

They’re memories of a cancer fight that’s occupied about half of this spunky 8-year-old's life.

"We talk about her strength and her cancer journey a lot,” her mom, Schequila, said. “She knows she’s a fighter, and she’s proud of it. When friends and family tell her that she’s strong, she says, ‘I got my gloves to protect me.’”

More than a year has passed since ZaZa’s life-saving stem cell transplant, after she was diagnosed with acute lymphoblastic leukemia in 2018.

She continues to visit Children’s Health regularly for monitoring. And last fall, clinicians diagnosed her with a restrictive lung disease – a side effect of chemotherapy treatments that is managed with inhalers and medication.

“ZaZa knows that she’ll get through this, and the team at Children’s Health has continued to provide the same family-oriented care through it all,” Schequila said.

And in the meantime, ZaZa keeps her fighter mind sharp with puzzles -- specifically thousand-piece puzzles of unicorns and trolls that would rival an adult’s puzzling-skills.

“She likes the challenge,” Schequila said.

Original Story (3/12/21): They gathered in their blue scrubs waving handmade signs that read “Way to go ZaZa!” in blue and purple marker. 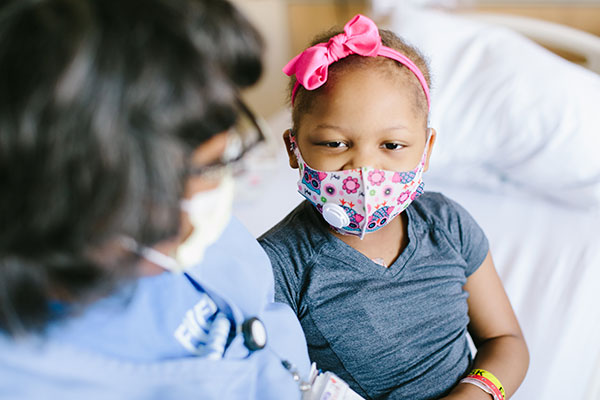 She shuffled forward like a pro fighter in sparkly boots, punching the air, as a tunnel of Children’s Health team members cheered.

The triumphant soundtrack was a celebration of ZaZa’s latest victory in the fight against cancer, after a successful stem cell transplant saved her life. The tribute was also an anthem to the clinical team and her family who stood by her side.

“I told A’Zyriah, ‘The fight is over. You need to put on your boxing gloves and show them that you won,’” her mom, Schequila, said. “She’s walking in her victory.”

Diagnosed with acute lymphoblastic leukemia in 2018, A’Zyriah has been in and out of Children’s Health for the last couple years. And when leukemia cells were rediscovered in April 2020, a stem cell transplant from her little brother was her next hope. 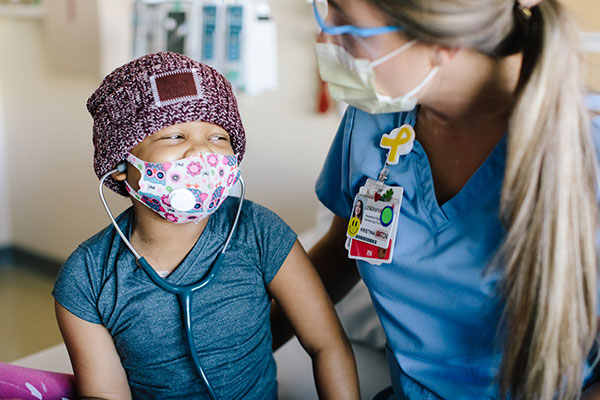 “The cancer was so aggressive, and she was getting weaker and weaker,” Schequila said. “I was the one who was the big cry baby. But A’Zyriah kept saying, ‘I’m OK, mama.’”

Schequila credits her daughter’s life to the league of support that surrounded ZaZa throughout her cancer journey.

The doctors: who embraced the family and reassured Schequila that ZaZa would remain the sassy little girl who loves to chat with strangers, sing silly songs and run as fast as she can.

The nurses: who patiently cared for her, even on her toughest days.

The Child Life specialists and Spiritual Care chaplains: who came with games, stories and just to listen.

“The whole team at Children’s Health showed so much loved toward my daughter. You felt like family,” Schequila said.