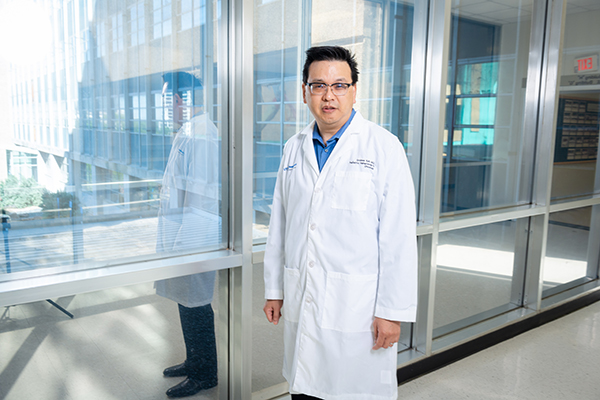 Behind the door marked “Koh Lab,” masked doctors in white coats peer into microscopes. A whiteboard is scribbled with science notes, and liquids tagged with handwritten masking tape are squeezed onto shelves.

This is the space where Dr. Andrew Koh has built a career caring for some of North Texas’ sickest children.

He’s looking for answers about how the “good guy bugs” in your gut – as he calls them – shape your immune system to prevent infections, block autoimmune complications and help you fight cancer.

He’s trying to understand how the gut microbiome impacts the immune system of cancer and stem cell transplant patients so he can develop new therapies to help his patients.

He and his team of researchers are one of the few pediatric groups in the world searching for these clues. 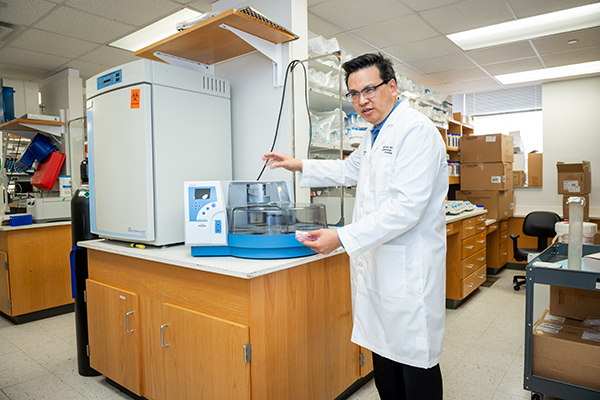 “Being a physician scientist is a really, really hard gig,” said Dr. Koh, Director of Pediatric Hematopoietic Stem Cell Transplantation at Children’s Health℠, which now performs on average 40 to 50 stem cell transplants a year – double the number of life-saving treatments from a decade earlier.

“You have to have this really crazy curiosity -- we call it fire in the belly. And you’ve got to be really stubborn and persistent. Those are the folks who can survive.”

But the advancement of Dr. Koh’s research depends on a steady stream of financial support.

For the last several years, he has held the endowed Edwin B. Jordan Master Physician in Pediatric Stem Cell Transplantation at Children’s Health, which the Jordan family established several years ago in honor of their problem-solving father who passed away in 2006. 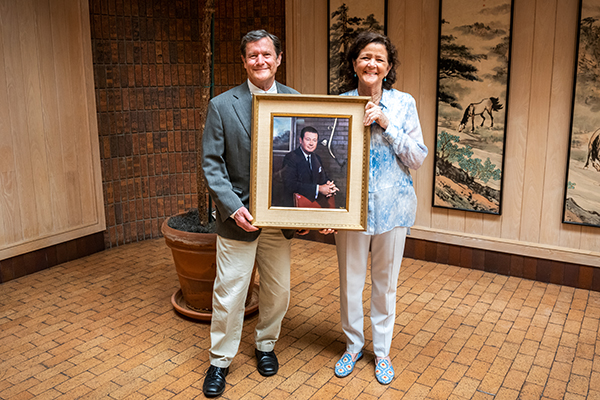 Edwin “Ed” Jordan was a businessman who, with his family, developed and constructed hotels around the world, as well as many commercial and residential properties in Texas and across the nation. He was also involved in health and educational causes and was a former board member of the Children’s Medical Center Foundation. His daughter, Anne Jordan Logan, now holds his seat.

“My dad was very proud to be a part of Children’s. It was always important to him to help people,” said Anne, who worked alongside her dad with her brothers in a family real estate partnership. “After he died, we wanted to recognize and honor him in an area he contributed to for many years. We established an endowment so the gift would be ongoing.”

A few years ago, Dr. Koh’s lab employed five people and he had one National Institutes of Health grant. He credits the support of the Jordan family for spurring his research forward. Now, his lab includes about a dozen researchers, and he has three NIH grants and funding from pharmaceutical industry partners supporting his mission.

The hope: To land on an answer in the next couple of decades to change clinical care for pediatric cancer and stem cell transplant patients.

“Everyone who is a doctor has this romantic notion of making a difference and saving lives,” Dr. Koh said. “It’s a fundamental human desire to hope that what you do is substantive and makes a difference.”