Ava kept her eyes down on the pegboard and the brown-haired dog taking shape with each plastic bead.

One red bead for its tongue. A few black-and-white beads sprinkled in for spots.

The craft keeps her hands busy as the 17-year-old talks about why she’s in psychologist Dr. Andy McGarrahan’s office this day.

“I don’t want to only be thought of as ‘the anorexic girl,’” said Ava as she slowly filled in the pegboard dog outline at the Children’s Health℠ Center for Pediatric Eating Disorders in Plano.

The teenager with dark curly hair swooped into a high ponytail and gold hoop earrings loves Broadway musicals (“’Into the Woods is so cute!’”); is obsessed with sharks; and has dreamed since elementary school of being a marine biologist.

And like many people, she hasn’t always liked how she looks. 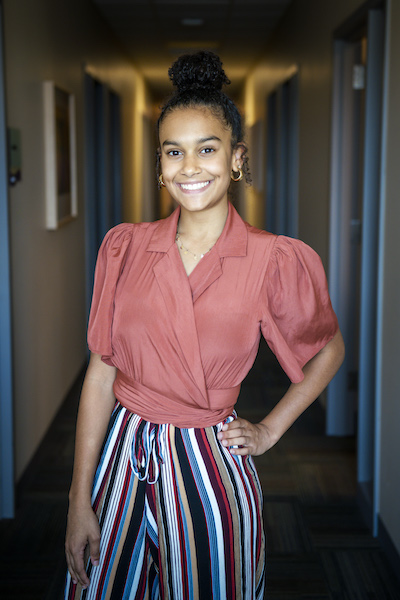 But for Ava, it wasn’t just about dropping a few pounds. Food controlled her life. And a few years ago, her weight dropped so alarmingly low that she had to be hospitalized for a month at Children’s Health.

Since beginning treatment at Children’s Health, Ava has made dozens of these bead trinkets from a chair next to Dr. Andy’s desk as she’s wrestled with challenging questions like her relationship with food and what beauty means to her.

A fish for her mom, Tiffany. A heart for Dr. Andy.

And a second heart that her mom keeps in the side door of her car as a memory token.

“Some of the sessions can be really emotional. Every one of these is a reminder of taking one more step forward,” Tiffany said.

She was 14 years old and promised herself that she’d adhere to a strict diet and exercise regimen.

“New year, new me,” she said, sarcastically. “I’m going to have to prepare for summer. I need that ‘summer body.’ And I started by destroying my body from the inside.”

“I was consumed by the need to look a certain way. Middle school was miserable for me because I felt like I wasn’t good enough,” Ava said. “And because I wasn’t popular. And the popular girls in school were tall, skinny, white girls.”

What began as healthier choices snowballed into a cycle of restrictive eating and over-exercising.

During the day, Ava would consume almost nothing – a piece of bread in the morning, a salad at lunch – enough to give her energy for the hours of cardio she’d do in her upstairs room after school.

“Then I’d wake up in the morning and have a panic attack because I binged last night, hate my body and pull at my stomach just wanting it off,” she said.

She also avoided the sun because she didn’t want her caramel-colored skin to darken and straightened her natural curly hair.

Initially, Ava’s parents were impressed by her decision to eat healthy foods, cut sugar and exercise.  As the more regimented and perfectionistic of their two children, her focus didn’t surprise them.

“When Ava decides to do something, she goes in 200%. We monitored and watched it, but it wasn’t alarming. It wasn’t anything that we thought was an indicator of an eating disorder,” Tiffany said. “That totally caught us off guard.”

The next morning would usher in guilt and panic over what she had eaten the day before and was a new beginning to obsess over her daily food calculation.

She isolated herself from friends and family and avoided social gatherings to dodge questions about why she wasn’t eating.

“I felt so hopeless and helpless, and I didn’t want to continue this cycle of constantly thinking about my body and wearing myself out,” she said.

Middle school angst, Ava’s parents thought when she told them she was unhappy. Puberty, hormones.

They took her to a counseling center for help. But the therapist referred the family to the eating disorder clinic at Children’s Medical Center Plano. 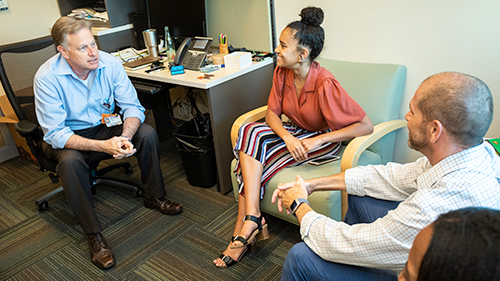 The hospital and the clinicians who cared for Ava were a safe haven, she said. They made her feel normal, like she wasn’t in a hospital fighting an eating disorder.

“It wouldn’t matter what you said to them – they’d always be there, and they were always on your side,” Ava said, tearily. “They didn’t treat me like I was this fragile little creature that needed to be cradled and watched over for every second of every day. They helped me so much.”

Eating disorders are not lifestyle choices but serious and sometimes fatal illnesses that cause severe disturbances to a person’s eating behaviors, thoughts and emotions. They can affect people of all ages, racial and ethnic backgrounds and genders, according to the National Institute of Mental Health.

Eating disorders also have the highest mortality rate of any mental illness, the National Association of Anorexia Nervosa and Associated Disorders states.

For kids with eating disorders, you can’t simply offer them their favorite foods or threaten them to get them to eat, Dr. Andy said.

“People don’t understand that eating disorders are really based on fear, anxiety, shame and guilt. For some kids, they look at what they can control, and what they can control is how much food they eat, what size their body is, and unfortunately for those kids with eating disorders, it’s never good enough. It keeps driving them downward, which is pretty scary,” he said.

He said kids with eating disorders are “some of the most incredible kids he’s ever met,” and yet they don’t see themselves the way other people do.

“Kids don’t want eating disorders. They like most people wanted to look a certain way, but most people don’t develop eating disorders because of that. It is the perfect storm of factors that that they and their parents didn’t create,” Dr. Andy said.

But Ava didn’t think finding help for her eating disorder would mean a hospital. She didn’t think recovery would take years.

And on the first day at Children’s Health during mealtime, she cried.

“I thought, ‘You expect me to eat? No,’” Ava said. “I was crying because I didn’t want to do this, but also crying out of joy and relief because I was getting help, and maybe one day, I would be able to eat this.”

Ava needed only a few more beads to complete her dog-shaped trinket.

“My creativity really flows during my therapy sessions,” she said, as her dad, Josh, sat next to her, stroking her free hand.

Sometimes during the family therapy meetings, she’ll draw scenes on a whiteboard in Dr. Andy’s office that he’ll leave for the next patient. The drawings always feature the psychologist in a wide-brimmed garden hat that Ava once spotted him wearing outdoors. 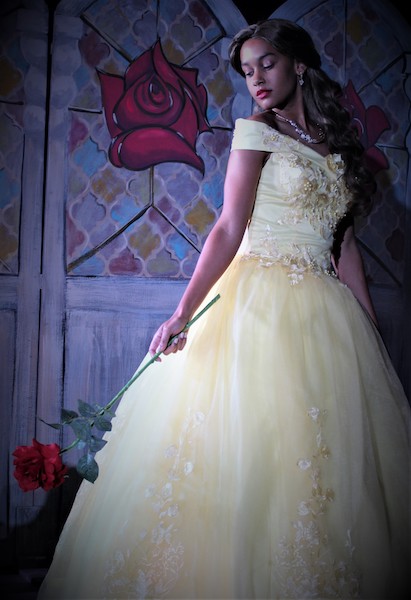 In one, Dr. Andy is in outer space, floating among rockets, stars and planets. “You are out of this [world],” Ava wrote in purple marker around a drawing of Earth.

Another time, a stick figure Dr. Andy was frolicking on grass among flowers and butterflies.

“We are worthy of love, joy and life!” Ava wrote that day.

“The messages are usually things that I know other people would want to hear,” Ava said. “And things I wished I believed myself.”

And sometimes, she does believe them.

This summer, she starred as Belle in a production of “Beauty and the Beast.” She has foods she enjoys eating like apples, strawberries and brussel sprouts. And she no longer needs a sitcom or cartoon playing in the background to distract her at dinnertime.

“My relationship with food is still shaky, but it’s getting better,” she said. “I’m realizing whenever I’m hungry, and I’m acknowledging it and answering that craving.”

She loves the sun for its warmth and doesn’t worry about whether it will darken her skin. She wears her hair natural and curly – even calling it gorgeous.

“I have realized that I am beautiful. I definitely don’t feel like that all the time, but there are moments,” she said.

“I’ll see myself in the mirror and will think, ‘You’re pretty. You know?’”

Help patients like Ava reach the next milestone moments.

Donate for Giving Tuesday and our friends at Neighborhood Credit Union will double it - up to $50,000.

In the last five years, Children’s Health donors have given more than $115,000 for the treatment of eating disorders at Children’s Health and to help patients like Ava. That funding helps support art and music therapy, general programmatic care not otherwise covered by insurance reimbursement and employee professional development to better care for kids.

Your continued support is needed to help kids like Ava fight their eating disorders. You can help support their treatment here.